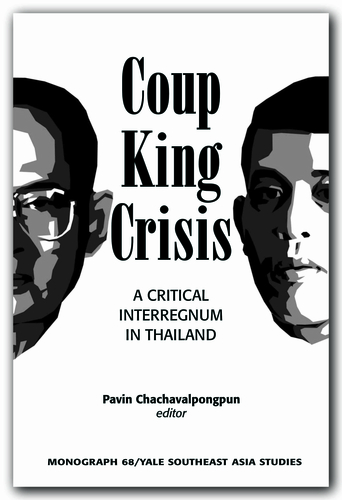 The prospects of the inevitable end of the Bhumibol era loomed large over 21st century Thailand. Events have now taken their course, and King Maha Vajiralongkorn has been crowned. The new King is beginning to make his presence felt, but in important ways Thailand is still in an interregnum: a time when the old order is dying but a new one struggles to be born.

The military staged a coup in 2014, primarily, it is argued here, to take control over the royal transition. Vajiralongkorn, the military, and the institutions of Bhumibol’s monarchy began to construct a working relationship against challenges from the faction of former Prime Minister Thaksin Shinawatra, overthrown in a coup in 2006, but still popular and still a perceived threat to the power and position of the monarchy and the military.

This volume examines the royal transition in Thailand, from the 2014 coup through to the 2017 Constitution and the 2019 election. The royal transition sparked a crisis that pressured important institutions of the nation, from the politicized judiciary to the troubled Sanga or priesthood. The period of waiting has influenced all aspects of Thai governance, from foreign policy to economic management, to human rights and the spread of self-censorship. This volume, which brings together some of the leading writers on Thailand, is the first book-length analysis of this deep transition.  (379pp)

“Coup, King, Crisis is a multifaceted and deeply nuanced probe into the doldrums in which Thailand today seems becalmed. For those who want to understand the relations among Thailand’s complex past, cultural values, and political tensions, this book is essential reading.”
— Michael Herzfeld, Harvard University

“An indispensable and provocative volume for understanding Thailand’s “critical interregnum.” Experts in the field offer new and challenging insights—often revisionist—grounded in historical understanding, speaking to the present, and helping to write the future.”
— Michael K. Connors, Xi’an Jiaotong-Liverpool University

“The 2014 coup was one of the most consequential in Thailand’s long history of coups.  Its aim was to reverse over two decades of democratization. If you want to understand the direction in which Thailand’s politics is heading, read this book.”
— Patrick Jory, The University of Queensland