Plans upended by pandemic, a professor and three students find each other 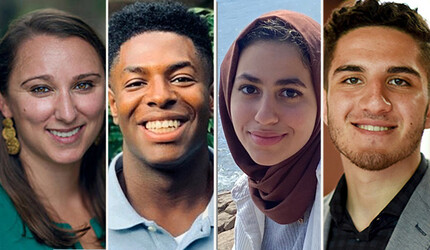 In March, Yale political scientist Elizabeth Nugent was about to start a post-election survey in Tunisia to better understand the effects of repression on political partisanship following a revolution. COVID-19 upended those plans. 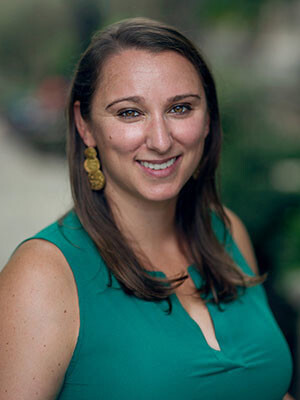 Nugent, whose work explores the psychology of political behavior in the Middle East, had to shift gears. She postponed the survey and turned her attention to a book project she’d been planning about the activists who mobilized uprisings in Egypt and Syria during the Arab Spring of 2011.

In February, shortly before the gravity of the pandemic became clear in the United States, Nugent had travelled to Berlin to do preliminary fieldwork for the book, which will examine the activists’ lives in exile following the failed revolutions. There she engaged with members of the city’s burgeoning community of Syrian and Egyptian expatriates. With further fieldwork suddenly impossible, she revised her approach and hired three summer research assistants to help pursue it. The virus had disrupted their plans also.

“They have been an absolute joy to work with and an unexpected high point of the past few months,” Nugent said of Nick Wade ’21, Sarah Kammourh ’22, and Marwan Safar Jalani ’20 B.A. “They’ve not only helped me move forward with the new project on activism in exile, but also challenged me to think about the project differently.”

The match between Nugent and her assistants represents an example of the creative and productive ways Yale scholars and students are adapting to the constraints of pandemic life. 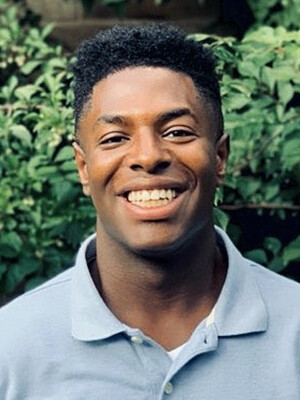 Wade, a resident of Pauli Murray College majoring in political science with a concentration on the Middle East, had planned on doing a 10-week internship as an investment-banking analyst at Goldman Sachs in Manhattan. Due to the pandemic, the internship was reduced to five weeks and made fully remote. He had taken Nugent’s seminar “Politics of the Contemporary Middle East” in the fall of his sophomore year, which piqued his interest in studying Middle East politics. He contacted Nugent to see if she had any research opportunities to fill the gap created by the truncated internship.

“The change in plans turned out to be a blessing in disguise because I’ve really enjoyed working with Professor Nugent,” said Wade, who is pursuing a certificate in advanced language study in Arabic and is studying on campus this semester.

Wade’s portion of the project has involved scouring government and other databases for information on the migration of Syrians and Egyptians to Germany, the United States, Turkey, and other countries from the late 1950s to the present. He tracked asylum and refugee claims as well as work and student visas. He wrestled with discrepancies in the data, learning that information compiled by the United Nations and other multilateral organizations was often more reliable than government records, he said.

Kammourh and Safar Jalani tackled a different aspect of the project. Nugent assigned Kammourh, who is Egyptian American, to analyze novels and memoirs — in English and Arabic — that address Egypt’s 2011 revolution and its aftermath. Safar Jalani, who was born in Damascus, Syria and left the country in 2012 during the civil war, was assigned to study memoirs and novels about the Syrian conflict. Both students are identifying how the books address revolution, the subsequent transition period — from protest to war in Syria and the collapse of the Mubarak regime in Egypt — and the aftermath of the defeat. 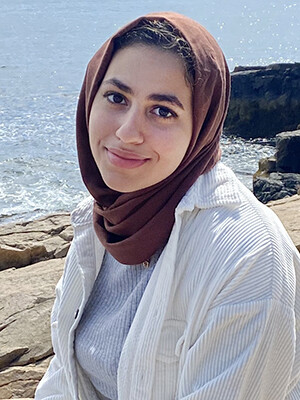 “They are highlighting the personal experience — how authors describe the feelings of euphoria, disappointment, betrayal, and astonishment,” Nugent said. “Trying to put people into the shoes of revolutionaries as events unfolded is a worthwhile exercise.”

Kammourh, a neuroscience major, had planned on staying in New Haven to work as an undergraduate research assistant in a neuropsychiatry lab at Yale School of Medicine, but the temporary closure of many university research labs due to the pandemic thwarted that plan. Determined to find a meaningful summer job, Kammourh browsed the student employment listings and discovered Nugent’s research opportunity, which combined her interests in mental health and Egyptian politics.

“I have always been interested in the mental health and psychiatric services available to people in Egypt, especially after the 2011 revolution,” said Kammourh, who also is pursuing a certificate in advanced language study in Arabic and studying remotely this fall. “I saw this project as an opportunity to explore the mental health of Egyptian activists who experienced the aftermath of a revolution by reading their memoirs, novels, and interviews.”

Safar Jalani — the first Yale student from Syria to earn a Rhodes Scholarship — had planned to be a counselor in the Yale Young Global Scholars (YYGS) program during the first half of the summer, followed by travel in Europe during which he’d make presentations to Syrian refugee populations about how to apply to his high school, the United World College in Mostar, Bosnia & Herzegovina. 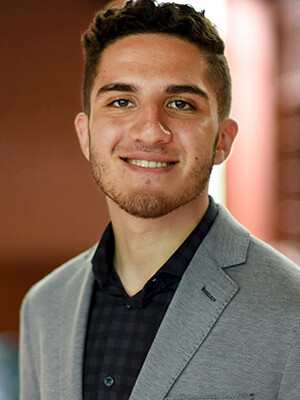 When those plans fell through, he connected with Nugent through Andrea Aldrich, a lecturer in the political science department who had advised him on his senior thesis, which compared post-conflict inter-ethnic initiatives in two cities in Bosnia and Herzegovina: Mostar and Brčko. Nugent’s project dovetailed nicely with own research interests, said Safar Jalani, who served as president of the Yale Refugee Project and worked as an undergraduate for Human Rights Watch in New York.

“Professor Nugent’s emphasis on memoirs and non-fiction narratives allows me to hear what Syrians have to say about their revolution, about the new world that they live in, inside or outside Syria, about the new reality that the world and the government have placed all of us in,” he said.

“The ideas they pick up on have challenged me to think about which direction to take the project,” she said. “How much should I incorporate psychology? How far should I go in placing this into a human rights context? Meanwhile, Nick has been very helpful in understanding what constitutes a valid source. Is every statistic equally worthy? Which sources are the most reliable?” 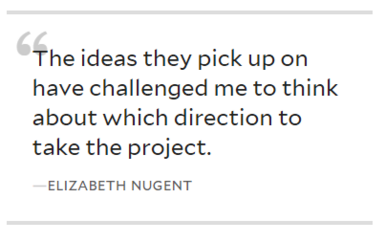 The reading has helped Kammourh to better understand the struggles Egyptians have faced in the revolution’s aftermath, such as addiction, unemployment, and mental-health problems, she said.

“The topic hits very close to home, as members of my family in Egypt encounter these tribulations,” she said. “However, the hope of this project is to finally document these narratives and hopefully integrate them into the theories of political science surrounding revolutions.

“Overall, though, I learned that there is a lot more hope in the future of Egyptian politics than we feel there is,” she added. “Though some people have completely abandoned activism, others are now mobilizing on issues affecting Egyptians, women’s groups, and queer communities. Even when their continued efforts garner very little media attention and are met by severe violence, their hope for a better Egypt keeps them fighting and organizing.”

Safar Jalani, who will pursue a Master’s of Philosophy degree in comparative government at Oxford, said the reading taught him how people’s experiences in the Syrian war differed depending on where in the country they lived.

“I lived in Damascus, and only witnessed the conflict when it was a war between the government and the Free Syrian Army,” he said. “But the authors of the books I am reading come from Raqqa, Hama, Daraa, and Idlib. Their opinions are shaped by their social and political circumstances. The perspective of the author from Raqqa, naturally, was affected by the terrifying experiences he went through under ISIS, while narrators from other cities did not live under ISIS, and therefore did not write as much about it.”

One specific text that stood out to him, the Rhodes Scholar said, is “The Impossible Revolution: Making Sense of the Syrian Tragedy” by Syrian scholar and writer Yassin Al-Haj Saleh.

“He weaves together his own experiences with philosophical and political explanations of what happened on the ground in Syria during the conflict,” Safar Jalani said. “Through political philosophy, he explains Islamism, sectarianism, war, dictatorship, and nihilism in a way that relates to the everyday experiences of Syrians living the conflict.”

While Safar Jalani plans to begin the next chapter of his academic career at Oxford this fall, Wade and Kammourh both plan to keep working with Nugent this semester. Wade will continue to build the immigration while Nugent and Kammourh will be analyzing existing public opinion datasets measuring drug use and addiction, mental health, and political behavior.