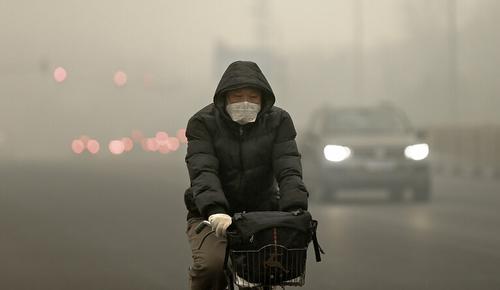 In China, highly educated people are more likely to move away from areas with poor air quality. Reducing pollution could substantially increase GDP there and in other countries, according to a new study co-authored by Mushfiq Mobarak, Professor of Economics.

In 2014, China launched a “war on pollution,” cutting production in polluting industries and converting coal heating to natural gas. In the years since, the level of dangerous particulates has fallen, although pollution remains high. Research has shown that the health effects of pollution make workers less productive, which means that cleaner air can boost a country’s economy. A new study of pollution and migration in China offers an additional argument for reducing pollution, suggesting that it has a deeper negative effect on economic growth than previously recognized—and that cleaning up cities could have a substantial economic upside.

Mushfiq Mobarak, a professor of economics at Yale SOM, and his co-authors wondered if poor air quality prompted workers to move away from the areas where they would be most productive, dampening economic growth.

“Does that mean that pollution imposes some other cost on society that we hadn’t been thinking about?” he asks. If so, “then reducing pollution will have even larger gains than what we had thought.”

To find out, Mobarak, with Gaurav Khanna of the University of California, San Diego, Wenquan Liang of Jinan University, and Ran Song of Harvard University, analyzed 18 years of pollution data and migration records in China. They found that, indeed, people tended to flee from polluted cities—but this trend was much more pronounced among skilled, educated employees. Those individuals were leaving places where there was already a scarcity of skilled workers, and relocating to places where they were more skilled people, making their presence a little less useful—causing aggregate productivity to drop. Further, since they leave behind a shortage of skilled labor to manage and train unskilled colleagues, productivity drops further in the places they escape.

Read the study: The Productivity Consequences of Pollution-Induced Migration in China China