The Journalism Award is named for William J. Foltz (1936-2013), the H. J. Heinz Professor Emeritus of African Studies and Political Science. From 1983 to 1989, Foltz was also the director of the Yale Center for International and Area Studies (now the Whitney and Betty MacMillan Center for International and Area Studies), where he brought together and expanded faculty and programs in international relations within the University. For many years over the course of three decades Foltz developed Yale’s offerings in African studies as chair of the Council on African Studies. He served as associate director of the Southern African Research Program for 15 years, and as chair of the Department of Political Science 2004–2005.

Foltz’s dissertation, “From French West Africa to the Mali Federation” (Yale University Press, 1965), expressed his interest in the nature of political and intellectual boundaries, topics that he would study throughout his career. “Arms and the African,” co-authored with Henry Bienen (Yale University Press, 1985), captured his focus on the role of militaries in political transitions. He also successfully brought together opposing groups to help resolve conflicts in the Horn of Africa and Northern Ireland.

Foltz published scores of articles on a diverse array of topics: from conflict resolution to party politics in sub-Saharan Africa; from a study of ethnic conflict, published in Russian, to several studies of U.S. strategic interests in southern Africa. His work was anthologized in many collections, including a piece on the politics of health reform in Chad, co-authored with his wife, epidemiologist Anne-Marie Foltz, which appeared in a collection on economic system reform in developing countries.

In his role on the National Intelligence Council, Foltz counseled the Clinton administration on its policy towards an Africa in political transition. His service coincided with the first two years of South Africa’s first democratically elected government.

Due to his specialization in International Relations and particularly African politics, he was a frequent consultant to the Rand Corporation and the Department of State. Foltz was a senior fellow at the Council on Foreign Relations and served on the National Intelligence Council as the National Intelligence Officer for Africa 1995–1997. He was the recipient of the Ford Foundation Area Training Fellowship and the Guggenheim Fellowship. 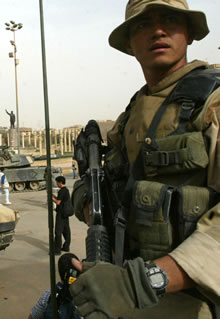