After another round and with time running out, the EU-UK negotiation intensifies 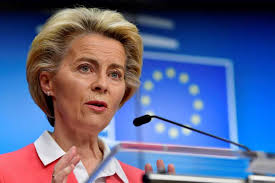 After two weeks of meetings of the chief negotiators and their teams in specialized sessions, the EU and UK negotiating teams, led respectively by Michel Barnier and David Frost, met in Brussels this week in the ninth week-long round of negotiation of an agreement in regard to their future relationship after the UK leaves the EU’s single market and customs union at midnight on December 31. Organized with 11 issue-focused negotiating tables, the round involved simultaneous but separate negotiations in regard to trade in goods, trade in services and investment, energy, transport, fisheries, level playing field for open and fair competition, horizontal arrangements governance, law enforcement and judicial cooperation, participation in union programs, mobility and social security coordination, and thematic cooperation.

Following as it did the uproar over the UK’s inclusion in its Internal Market Bill of provisions that would give ministers the powers to implement parts of the Protocol on Ireland/Northern Ireland contained in the EU-UK Withdrawal Agreement in ways that, by deviating from provisions in the Protocol, would constitute a breach of international law—something that prompted the EU to initiate yesterday its infringement procedure against the UK—few expected the chief negotiators would announce they had made much progress toward an agreement and, indeed, in the statements they issued today after the round concluded, both Barnier and Frost highlighted the continuing differences in the EU and UK positions on key issues.

Barnier, for example, noted there was a lack of progress on such topics as the protection of personal data, climate change commitments and carbon pricing, and he noted that “serious divergences” persist on matters of major importance to the EU—most notably, in agreeing to “solid, long-term guarantees of open and fair competition” which, he said, require “effective enforcement mechanisms, in particular on State aid, and a commitment towards non-regression from social, fiscal, environmental and climate standards;” an “efficient governance framework with robust enforcement and dispute settlement mechanisms, as well as effective remedies”—an issue, he noted, that is even more important following the UK government’s introduction of the Internal Market Bill with its problematic provisions; and a “stable, sustainable and long-term agreement on fisheries” that, while enabling the UK “to further develop its fishing opportunities,” would ensure “the sustainable use of resources and protect the activities of European fishermen and women.”

Likewise, Lord Frost noted that “familiar differences remain. On the level playing field, including subsidy policy, we continue to seek an agreement that ensures our ability to set our own laws in the UK without constraints that go beyond those appropriate to a free trade agreement. There has been some limited progress here but the EU need to move further before an understanding can be reached. On fisheries the gap between us is unfortunately very large and, without further realism and flexibility from the EU, risks being impossible to bridge. These issues are fundamental to our future status as an independent country.” And referring to the October 15 deadline Prime Minister Boris Johnson has set for concluding an agreement, he said, “I am concerned that there is very little time now to resolve these issues ahead of the European Council on 15 October.”

Nevertheless, while noting the differences that remain, both chief negotiators also noted the constructive tone in the discussions across the negotiating tables. Barnier said the discussions were held in a “constructive and respectful atmosphere” and there were a number of “points of convergence” on some aspects of trade in goods, services and investment, civil nuclear cooperation, and participation in EU programs, and even some “positive new developments” on such topics as aviation safety, social security coordination, and the respect of fundamental rights and individual freedoms that are a pre-condition for future police and judicial cooperation in criminal matters.” And Lord Frost said, “These were constructive discussions conducted in a good spirit. In many areas of our talks, although differences remain, the outlines of an agreement are visible. This is true of most of the core areas of a trade and economic agreement—notably trade in goods and services, transport, energy, social security, and participation in EU programmes,” although he noted that has been true for some time.  He also said, “I am also encouraged that progress has been possible on a law enforcement agreement and that there has been convergence on the structure of the overall partnership.”

Both sides understand that if an agreement on the future relationship is to take effect as of January 1, 2021, after the UK has left the EU’s single market and customs union, it must be concluded by the end of October in order to allow sufficient time for the European and British parliaments to consider it and for the agreement to then be ratified by all of the EU member states. That being the case, there has been considerable speculation that the pace of the negotiation will have to be intensified if an agreement is to be completed this month, preferably in time for the European Council meeting scheduled for October 15. Barnier, for example, has referred to the intensification of the negotiation as going into a “submarine;” others speak of going into a “tunnel.” Today, at the conclusion of the European Council meeting, European Commission President Ursula von der Leyen, who announced yesterday at the start of the meeting that the EU would begin its infringement procedure against the UK after it refused to remove the problematic provisions in its Internal Market Bill, announced she will call Johnson tomorrow and propose that the negotiation be intensified.

Johnson will no doubt agree to stepping up the already-considerable intensity of the negotiation, although he’ll no doubt be peeved about the EU’s infringement procedure. But whether, after spending the next two weeks submerged in the tunnel of an intensified negotiation, Barnier and Frost and their teams will come out into the sunlight with smiles on their faces and an agreement in hand remains to be seen. Both sides clearly want an agreement and there is a deal to be had. But obviously, both want it on their terms.