Central Americans: Beyond the Headlines with Poynter Fellow Daniel Alvarenga 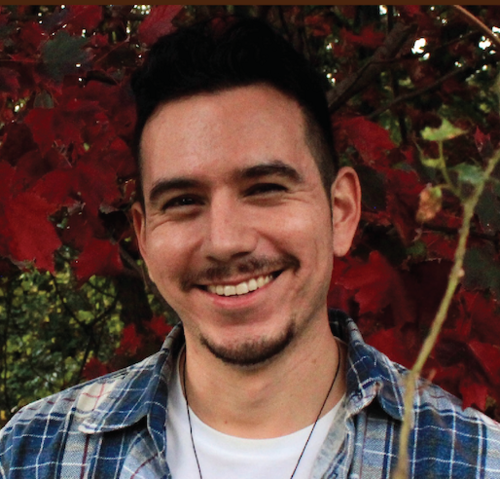 As part of the Council on Latin American & Iberian Studies colloquia series, Poynter Fellow and Telemundo journalist Daniel Alvarenga presented on “Central Americans: Beyond the Headlines” on October 28. Mr. Alvarenga is a Salvadoran-American journalist based in Washington D.C. A former producer for AJ+, a digital channel by Al Jazeera, he is a writer for Telemundo’s English-language news show, Radar 2020. Mr. Alvarenga was introduced by Eileen Galvez, assistant dean at Yale College and director of Yale’s La Casa Cultural de Julia de Burgos.  (View Video)

This all changed in 2018, when hundreds of immigrant children were separated from their parents at the U.S. border. Images of children lying on thin mats with silver foil blankets draped over them captivated the nation’s attention. As the American consciousness awoke to the migrant crisis at the border, the public was galvanized to denounce the actions of the Trump administration. This public outcry was compounded by the deaths of multiple children at the border as a result of neglect by border agents. Mr. Alavarenga was particularly struck by, however, the lack of recognition regarding these children’s identity. Often called immigrant children or indigenous immigrant children, U.S. media outlets failed to recognize that most of the children who had died were actually Mayan—largely informing why they had to migrate. Another significant reason for this immigration crisis is the dire economic situation in these three countries.

Along this growing awareness of the situation occurring at the border, there was also an acknowledgement that the issue of Central American refugees did not begin with the Trump administration. Instead, there has been a legacy of U.S. military involvement and economic intervention in Central America, especially in Guatemala, El Salvador, and Honduras, that has destabilized these nations. The displacement of Central American refugees has largely been absorbed by other Central American countries, increasing tension in the region. Climate change is expected to exacerbate the flow of refugees coming from these nations. As a result, there have been growing tensions between climate activists in the regions and national governments in the region.

Mr. Alvarenga concluded his presentation by recommending that guests watch his new English-language show on Telemundo, Radar 2020, in order to learn more about the issues that have catalyzed the immigration crisis that we are seeing today.