David J. Simon: Twin declarations indicate a new politics of the use of the term “genocide” 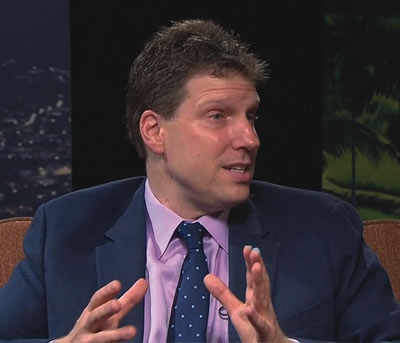 On March 17, U.S. Secretary of State John Kerry proclaimed that “Daesh [also known as that the Islamic State of Iraq and Syria (ISIS)] is responsible for genocide against groups in areas under its control, including Yezidis, Christians, and Shia Muslims … [and] is also responsible for crimes against humanity and ethnic cleansing directed at these same groups and in some cases also against Sunni Muslims, Kurds, and other minorities.”

The declaration is not likely to have any effect on the course of the conflicts in Syria and Iraq, at least in the near time. The United Nations’ Genocide Convention does not actually mandate any specific action when genocide is recognized. It requires that any intervention in the name of preventing genocide go through the “competent organs of the United Nations” and be consistent with the UN Charter. In these terms, the statement seemingly commits the U.S. to push for coordinated action through the UN Security Council. A February European Parliament resolution similarly commits its European allies (including fellow P-5 members the United Kingdom and France), but finding a course of action that also suits Russia and China is likely to prove difficult.

Still, the Kerry statement is notable in that the U.S. has historically been reticent to employ the term “genocide” in any official capacity. The State Department infamously avoided saying the word during the Rwandan Genocide, even after its applicability was patently obvious. Samantha Power noted in her Pulitzer-winning 2002 book, A Problem from Hell, that the reluctance to declare a given situation “genocide” reflected a long-standing proclivity to avoid engaging in humanitarian intervention of any sort. The only precedent for last week’s statement followed shortly after the publication of Power’s book: In 2004, both Congress and then-Secretary of State Colin Powell declared that the persecution of non-Arab groups in Darfur (Sudan) amounted to genocide.

On the face of it, Kerry’s application of the term last week follows Powell’s precedent in rejecting what Power viewed as an institutional bias towards silence and inaction. After all, Power now serves under Kerry as Ambassador to the United Nations. Both there and in her previous position in the Obama Administration on the National Security Council, she has emphasized prioritizing atrocity prevention.  Powell’s Darfur declaration may provide some guidance for what to expect, at the international level, in the wake of Kerry’s statement: The U.S. pushed the Security Council to form an investigatory commission, which ultimately led to the establishment of a (mostly ineffectual) UN peacekeeping force and a (highly controversial) referral to the prosecutor of the International Criminal Court.

Kerry’s statement also represented a turn for the word “genocide” in domestic politics. The statement came in response to a  provision buried deeply within last December’s 887-page congressional spending bill that mandated the Secretary of State to evaluate—and report within 90 days—whether “attacks against, Christians and people of other religions in the Middle East by violent Islamic extremists … including whether either situation constitutes mass atrocities or genocide.”[1] As the 90-day mark approached, some Republicans suggested that the Obama Administration would decline to accuse ISIS of genocide, fueling the notion that that Administration was soft—and adrift—in its policies towards the group.[2] (The State Department’s initial indication that it would be able to meet the deadline intensified the political drumbeat).

Even with the Administration and Congress in agreement about the term, a further political division emerged in the differences between the House measure and the Kerry Statement. The former emphasized the victimhood of Christians and (non-Muslim) Yezidis. Kerry included—and, though the selection of illustrations, emphasized—Shia Muslims among the targets of ISIS’s genocidal actions and intent.  Kerry further noted that Sunni Muslims had suffered crimes against humanity at the hands of the group.

The difference is part symbolic. Republicans, strongly supported by American Evangelicals, are trying to position themselves as the superior protectors of global Christianity. The Administration, for its part, is seeking to buttress its credentials as a supporter of universal human rights, equally willing to act on behalf of Muslim communities as any others.

Beyond symbolism, though, the difference appears to be influencing efforts to craft a bolder policy on Syrian refugees in the months ahead. The day after Kerry’s statement, Senator Tom Cotton (R-AR) introduced the “Religious Persecution Relief Act,” which would require the U.S. to raise its target for admitted refugees from Syria five-fold (from 10,000 to 50,000), but would limit admissions to Christians and other religious minorities. Noted Cotton in justification, “Syrians of all confessions are being victimized by this savage war and are facing unimaginable suffering but only Christians and other religious minorities are the deliberate targets of systematic persecution and genocide[3]” [emphasis added]. Kerry’s more inclusive statement threatens the Senate bill’s more restrictive approach to Syrian refugees. The term ‘genocide’, avoided for so long, now finds itself in the midst of a political fight.

David J. Simon is the Director of the Yale Genocide Studies Program at the MacMillan Center.

[1] The bill also called for a separate report about the treatment of the Rohingya in Burma, which Kerry did not publically address.