The decolonization of development economics: Early voices from the Global South 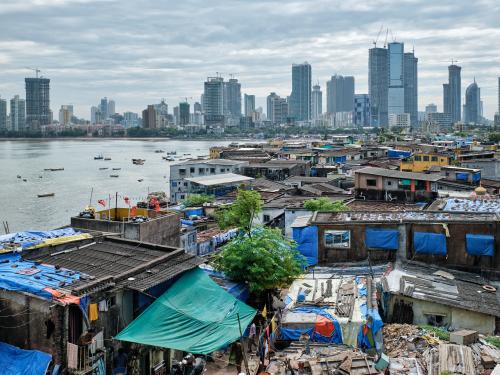 The foundations of the field of Development Economics in the early postcolonial period synthesized knowledge and concerns of the Global North and Global South. What lessons can we continue to gather from the ideas born out of this period? How did history and context set the stage for a pioneering group of thinkers to define development?

On October 28, a panel discussion, titled “The Decolonization of Development Economics: Early Voices from the Global South,” opened the “Race, Ethnicity, Gender, and Economic Justice” Virtual Symposium devoted to the general topic of race, ethnicity, gender, and economic justice in a variety of settings worldwide. It was hosted by the Economic Growth Center and Inclusion Economics Yale.

Reflecting on the insights of economists such as Sir Arthur Lewis, Khadija Haq, Mahbub ul Haq, Akhter Hameed Khan, Joan Robinson, and Amartya Sen, the panelists provide a new perspective on the foundations of Development Economics thought at UK and U.S. institutions, and the legacy those pioneers created in giving recognition to the interplay of race, ethnicity, gender, economic inequality, and global development. As their contributions informed institutions, such as the Economic Growth Center and the Yale Department of African American Studies, how can these historical perspectives inform the future of development research, policy, and practice in a time of extreme and growing inequality?

The panelists—David Engerman, Gerald Jaynes, Ravi Kanbur, Amna Qayyum, and Rohini Pande—explore how the early founders of Development Economics and the women who pushed for reproductive rights in South Asia shaped the understanding of development in their home countries and globally. (View Discussion)

This opening session set the groundwork for a two-day symposium (across two Fridays) engaging with issues of economic justice and inclusion in a variety of settings worldwide. Speakers are at the forefront of economic development policy and practice, having written extensively on the history of development effectiveness, pioneered academic thought on patterns of economic inequality, and held senior positions at the World Bank and other international organizations.

Gerald D. Jaynes is the A. Whitney Griswold Professor of Economics, African American Studies, and Urban Studies Yale University. He is recognized as an expert on race relations and the economic conditions of Black Americans, and has lectured and spoken on these topics at many universities and forums around the world.

David Engerman is Leitner International Interdisciplinary Professor in the Department of History and the Jackson Institute for Global Affairs at Yale University. His forthcoming book analyzes the history of development thought and practice through the lives of six South Asians who studied economics together at Cambridge in the 1950s.

Ravi Kanbur is a Professor of Economics at Cornell University researches and teaches in development economics, public economics and economic theory. He is well known for his role in policy analysis and engagement in international development. He has served on the senior staff of the World Bank including as Chief Economist for Africa.

Rohini Pande is the Henry J. Heinz II Professor of Economics and Director of the Economic Growth Center at Yale. Her research is largely focused on how formal and informal institutions shape power relationships and patterns of economic and political advantage in society, particularly in developing countries.

Amna Qayyum is Postdoctoral Fellow at the Jackson Institute for Global Affairs, Yale University. She specializes in twentieth-century global history, with a particular focus on decolonization and the Cold War in South Asia and the Muslim world.

Catherine Cheney ‘10 is a Senior Reporter for Devex, covering the West Coast of the U.S., focusing on the role of technology and innovation in achieving the Sustainable Development Goals.