What British voters think about Boris Johnson, the Conservatives and Brexit 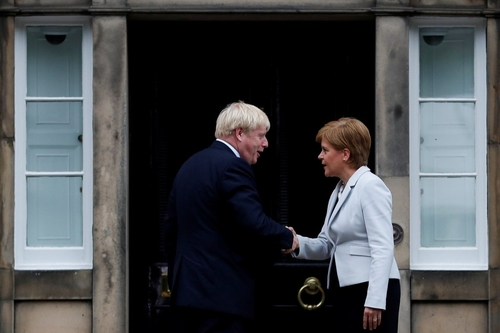 After the high drama of last week, in which Boris Johnson won the leadership of the British Conservative Party, entered 10 Downing Street as Theresa May’s successor as prime minister, and in short order appointed a new government committed to leaving the EU on Oct. 31 with or without an approved withdrawal agreement with the EU, Johnson and the Conservatives both enjoyed, not surprisingly, a sizeable “bounce” in the polls, albeit with some important caveats.

Is Johnson’s threat to leave the EU on Oct. 31 without a deal credible? The British public clearly thinks it is. The question now is whether the EU will as well, and realizing how costly a no-deal Brexit would be, not only to the British economy but to the economies of the other member states, will devise some way to amend the deal – perhaps through renegotiation of the political declaration on the future relationship between the EU and the UK and acceptance of a legal codicil pertaining to the applicability of the Irish backstop, the provisions in the withdrawal agreement designed to ensure that the Ireland/Northern Ireland border remains open in all future circumstances – so the House of Commons can approve it by midnight on Oct. 31.