Whitney MacMillan, longtime friend of Yale, and namesake of the Whitney and Betty MacMillan Center for International and Area Studies, dies at the age of 90 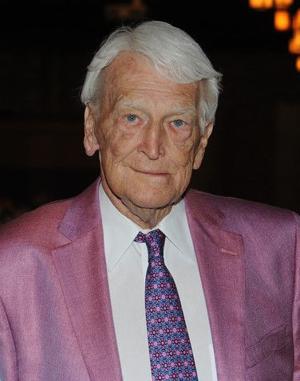 Whitney MacMillan, former chairman and CEO of Cargill, died on March 11 at the age of 90. In April 2006 the Whitney and Betty MacMillan Center for International and Area Studies at Yale was named for he and his wife in recognition of a transformative gift they made to support international studies at Yale.

Steven Wilkinson, Henry R. Luce Director of the MacMillan Center comments that: “I had the pleasure of meeting Whitney MacMillan and his wife Betty last year, before I became director. Whitney MacMillan described, with many entertaining and insightful anecdotes, his own international experiences from India to Latin America as he worked to transform Cargill into the truly international company it is today. His belief in the importance of gaining from insights from local knowledge, and of substantial time spent on the ground, is something that all of us at the MacMillan Center know to be vitally important. The Center, and Yale, have lost a true friend, and we offer our deep sympathies to Betty MacMillan and their family on his passing.”

MacMillan, a distinguished businessman and philanthropist, was a member of the Yale College class of 1951 and also served on the Yale President’s Council on International Activities. He retired in 1995 as chairman and CEO of Cargill, the world’s largest privately owned company, responsible for more than a quarter of the world’s grain trade. He had served on many boards, including the Trilateral Commission, the Council on Foreign Affairs, CARE International, The Mayo Foundation, and the EastWest Institute.

“Whitney was a remarkable man and a staunch supporter of Yale,” said Ian Shapiro, Sterling Professor of Political Science and Director of the MacMillan Center from 2004-2019. “With his support over the years, the MacMillan Center was able to increase its scope and impact, vastly expanding its programming as well as support for faculty and graduate student research on international matters.”

In his 44-years with Cargill, he led the company through an era of growth and diversification, guided a transformation in how the company was managed and governed, initiated an employee-stock ownership plan and preserved the family commitment to remaining privately owned.

MacMillan was a passionate rancher who operated a ranch in Montana; he was a life-long athlete, playing collegiate hockey, as well as tennis and golf throughout his life; and he enjoyed traveling.

After his retirement, he taught corporate strategy at the University of St. Thomas and served as an advisor for universities, government agencies and public policy organizations.

Growing up, he attended The Blake School and Yale University, graduating with a degree in history. Later in life, he earned honorary doctoral degrees from Macalester College, the South Dakota School of Mines and Technology and Montana State University.

He started working with Cargill as a general trainee, eventually rising up within the company to senior management positions. He served as the chairman of the board and CEO of Cargill from 1976 until his retirement in 1995.

MacMillan, a devoted husband and father, is survived by his wife of 68 years, Betty, their children, grandchildren, great-grandchildren and his sister, Pauline. He was proceeded in death by his sister, Alice, and his brother, Cargill Jr.

The family will have a private service at a later date. In lieu of flowers, those wishing to honor MacMillan and his family are asked to send memorials in MacMillan’s name to Yale University, the Mayo Clinic, the Blake School, and the Minnesota Historical Society.