Yale’s David Mayhew to give Henry L. Stimson Lectures on ‘The Imprint of Congress’ at the MacMillan Center 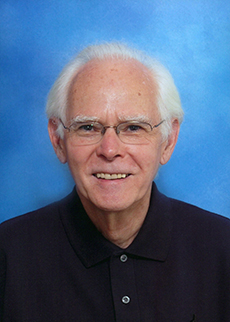 David R. Mayhew, Sterling Professor Emeritus of Political Science at Yale University, who is widely considered one of the leading scholars on the American Congress, will give a series of three lectures in September on “The Imprint of Congress” for the Henry L. Stimson Lectures on World Affairs.

“The Imprint of Congress” lectures will focus on three themes: “How to Think About It,” on Tuesday, Sept. 22; “The History,” on Wednesday, Sept. 23.; and “An Assessment,” on Tuesday, Sept. 29. Sponsored by the MacMillan Center and the Yale University Press, all three lectures begin at 4:30 p.m. in Rm. 203 of Henry R. Luce Hall, 34 Hillhouse Ave. They are free and open to the public.

Mayhew has authored numerous works on Congress, political parties, elections, and policymaking, including “Congress: The Electoral Connection,” “Divided We Govern,” “America’s Congress,” “Electoral Realignments,” “Parties and Policies,” and “Partisan Balance.” He is a fellow of the American Academy of Arts and Science, a member of the American Philosophical Society and the National Academy of Sciences, and a recipient of the James Madison and Samuel J. Eldersveld awards for career contributions.

Previous Stimson Lectures have included “Political Order in Changing Societies” by Samuel P. Huntington; “Financial Crises in Emerging Markets” by Alexandre Lamfalussy; “Arms and Influence” by Thomas C. Schelling; “The Arab Center, The Promise of Moderation” by Ambassador Marwan Muasher; “Beyond the Democratic Maze” by John Dunn; and “What Happened to National Liberation” by Michael Walzer.