Anne-Marie Slaughter to give Henry L. Stimson Lectures on ‘The Strategy of Connection’ 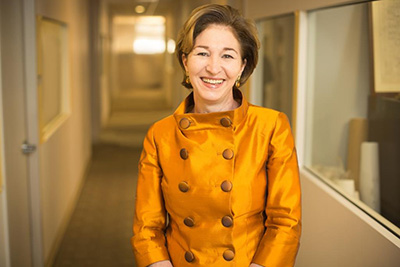 Anne-Marie Slaughter, the Bert G. Kerstetter ’66 University Professor Emerita of Politics and International Affairs at Princeton University, will give a series of three talks in November on “The Strategy of Connection” for the Henry L. Stimson Lectures on World Affairs.

“The Strategy of Connection” lectures will focus on three themes: “The Chessboard and the Web,” on Wednesday, Nov. 18, at 4:30 p.m.; “Network Strategies for Resilience, Action, and Scale,” on Thursday, Nov. 19, at 4:30 p.m.; and “Power, Policy, and Leadership in a Networked World,” on Friday, Nov. 20, at noon. Sponsored by the MacMillan Center and the Yale University Press, all three lectures will take place in Rm. 203 of Henry R. Luce Hall, 34 Hillhouse Ave. They are free and open to the public.

Slaughter is the president and CEO of New America, a think tank and civic enterprise with offices in Washington and New York. From 2009 to 2011, she served as the director of policy planning for the United States Department of State, the first woman to hold that position. Prior to her government service, Slaughter was the dean of Princeton’s Woodrow Wilson School of Public and International Affairs from 2002 to 2009 and the J. Sinclair Armstrong Professor of International, Foreign, and Comparative Law at Harvard Law School from 1994 to 2002.

She has written or edited several books, including “A New World Order” and “The Idea That Is America: Keeping Faith with Our Values in a Dangerous World,” and is a frequent contributor to a number of publications, including The Atlantic and Project Syndicate. In 2012, she published “Why Women Still Can’t Have It All,” in The Atlantic, which helped spark a renewed national debate on the continued obstacles to genuine full male-female equality.She expanded the article into her most recent book, “Unfinished Business: Women, Men Work, Family.”

Previous Stimson Lectures have included “Political Order in Changing Societies” by Samuel P. Huntington; “Financial Crises in Emerging Markets” by Alexandre Lamfalussy; “Arms and Influence” by Thomas C. Schelling; “The Arab Center, The Promise of Moderation” by Ambassador Marwan Muasher; “Beyond the Democratic Maze” by John Dunn; “What Happened to National Liberation” by Michael Walzer; and “The Imprint of Congress” by David Mayhew.