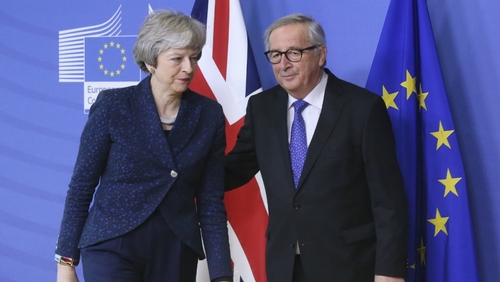 After the British House of Commons rejected by an overwhelming margin – 432 to 202 – the withdrawal agreement and political declaration setting out the framework for the future relationship with the EU negotiated by Prime Minister Theresa May’s government, it seemed highly unlikely the UK would leave on March 29, or later, with an approved withdrawal agreement. After all, more than one-third of the Conservative MPs – 118 – voted against the deal, as did the 10 members of the Democratic Unionist Party of Northern Ireland who normally support the minority government, and it wasn’t at all obvious how such a margin could be overturned – especially since the EU had made it clear the negotiation of the withdrawal agreement couldn’t be reopened.

But now, after a whirlwind of high-level conversations and communications among British, Irish and EU leaders over the past week, the odds have increased that the UK will leave the EU with an approved withdrawal agreement, if not on March 29 sometime later this year. Two important indicators of the improved odds: Yesterday, Theresa May wrote to Jeremy Corbyn in response to his letter last Wednesday which had set out Labour’s conditions for supporting a withdrawal agreement. In it, she said she looked forward to their teams meeting as soon as possible – raising the possibility for the first time of a significant cross-party coalition in support of the agreement. And although the EU has said on many occasions the withdrawal agreement can’t be renegotiated, today Michel Barnier, the EU’s chief Brexit negotiator, and Stephen Barclay, the UK Secretary of State for Exiting the EU, met in Brussels to discuss the resumption of talks about how the political declaration about the future relationship could be modified so as to address concerns  about the Irish “backstop” – the provisions in the 173-page Protocol on Ireland/Northern Ireland in the withdrawal agreement that are designed to ensure that, in all future circumstances, the Irish land border remains open.

In December 2017, the UK and EU negotiators agreed that, in the absence of an agreed solution to avoid a hard border, the UK “will maintain full alignment with those rules of the Internal Market and the Customs Union which, now or in the future, support North-South cooperation, the all-island economy and the protection of the 1998 Belfast [aka Good Friday] agreement.” Article 6.1 of the Protocol states the EU and UK will constitute a “single customs territory” until the future relationship becomes applicable. And Article 6.2 mandates that, until that happens, Northern Ireland will remain in the EU’s Single Market for goods and the EU’s customs regime, will be required to apply and comply with the rules and regulations of both, and will continue to be subject to the jurisdiction of the European Commission and the European Court of Justice in regard to its fulfillment of its obligations under those rules and regulations.

Several days after the House rejected the withdrawal agreement and declaration, the prime minister addressed the House, setting out how the government proposed to proceed in light of the defeat, and tabled an amendable motion that the House had considered the statement. In the statement, she said she would continue discussions with colleagues who fear the UK could be trapped permanently in the “backstop.” The discussions would, she said, focus on identifying how the UK could meet its obligation under the 1998 agreement to avoid a hard border between Northern Ireland and Ireland in a way that commands the support of the House. She said she would take the conclusions of those discussions back to the EU.

The prime minister’s discussions with Conservative colleagues and the members of the DUP led her to conclude that, notwithstanding the EU’s repeated statements that the withdrawal agreement could not be reopened for further negotiation, the only way a majority in the House would support the agreement and declaration would be if the “backstop” were replaced by some other arrangement to avoid a hard border. Sir Graham Brady, the chair of the Conservative backbenchers’ 1922 Committee, put forward an amendment to the prime minister’s motion that stated the House “requires the Northern Ireland backstop to be replaced with alternative arrangements to avoid a hard border.”

On Jan. 29, in opening the debate on her motion and the amendments the Speaker of the House, John Bercow, had chosen for consideration, one of which was Brady’s, the prime minister said that, having rejected the agreement, the House needed to send the EU an “emphatic message about what we do want.” The members, she said, “have the chance to show the EU what it will take to get a deal through the House….That means sending the clearest possible message about what the House wants.” The House voted in favor of the amendment by 317 to 301. (It also voted by 318 to 310 in favor of a non-binding amendment that the House rejects leaving the EU without a withdrawal agreement and a framework for the future relationship. It rejected all of the other amendments.)

Nevertheless, both Tusk and Juncker also made it clear that, although the withdrawal agreement could not be reopened for negotiation, the “backstop” issue could perhaps be addressed in the discussion about the future relationship. Several days before the Jan. 29 vote, Juncker told May in a telephone conversation that if the UK were to change some of its “red lines” and consider negotiating a permanent customs union, it might be possible to alter the “backstop” or render it irrelevant. And after that vote, Tusk said, “if the UK’s intentions for the future partnership were to evolve, the EU would be prepared to reconsider its offer and adjust the content and level of ambition of the political declaration.”

Last week, with the Article 50 clock continuing the countdown toward March 29, there was a flurry of high-level activity involving the leaders of the EU, UK and Ireland. On Tuesday, Theresa May gave a speech in Belfast underscoring her government’s commitment to the Good Friday Agreement and to maintaining the integral role of Northern Ireland in the UK. On Wednesday, as she met with the leaders of the Northern Irish parties, Corbyn wrote her, urging that her government change its “red lines” and seek changes to the political declaration – specifically, that it aim for a “permanent and comprehensive UK-wide customs union” with the EU accompanied by “close alignment with the Single Market” – that would assure that any “backstop” would be far less likely to be invoked. Meanwhile, the Irish Taoiseach (prime minister) Leo Varadkar met with Tusk and Juncker in Brussels. On Thursday, May met with Tusk and Juncker as well as European Parliament President Antonio Tajani and Guy Verhofstadt, the Parliament’s chief Brexit negotiator in Brussels. On Friday, after meeting with party leaders in Northern Ireland, Varadkar dined with May in Dublin. And on Sunday, May wrote back to Corbyn, expressing her hope that their teams would meet as soon as possible.

After meeting with Varadkar, Tusk reiterated what the European Council had said in December – that the withdrawal agreement is not open for renegotiation – and expressed the hope that Theresa May would provide a “realistic” suggestion on how to end the impasse. Noting that the EU is “first and foremost a peace project,” he said, “we will not gamble with peace; or put a sell-by date on reconciliation. And this is why we insist on the backstop. Give us a believable guarantee for peace in Northern Ireland, and the UK will leave the EU as a trusted friend.” Juncker, in his joint statement with Varadkar, emphasized the same points: “As we have said on many occasions, the withdrawal agreement is the best and only deal possible. It is not open for renegotiation. The backstop is an integral part of the withdrawal agreement. While we hope the backstop will not need to be used, it is a necessary legal guarantee to protect peace and to ensure there will be no return to a hard border on the island of Ireland.”

But both leaders also reiterated what they had suggested earlier – that there could be new talks about the future relationship, talks that would involve the “backstop” and “alternative arrangements.” In their joint statement after their meeting on Thursday, May and Juncker mentioned his “openness to add wording to the political declaration…in order to be more ambitious in terms of content and speed when it comes to the future relationship.” And they noted they had agreed their teams “should hold talks as to whether a way through can be found that would gain the broadest possible support in the UK Parliament and respect the guidelines agreed by the European Council.” And they agreed to meet again before the end of February to take stock of the discussions.

It wasn’t obvious, after the House of Commons delivered its crushing defeat of the withdrawal agreement and political declaration, how the government could overturn a loss of that magnitude; after all, that would require more than 115 MPs to change their minds and votes. Nor is it obvious, nearly a month later, how, given the EU’s adamant refusal to reopen the negotiation of the withdrawal agreement, the government can persuade the 128 hard Brexiters who said no in January to change their minds and vote for the agreement and declaration. Nevertheless, with the reopening of talks between the EU and UK about possible alterations, amendments, and additions to the political declaration in regard to the “backstop” and the possibility of conditional support from Labour, there is, perhaps for the first time, some reason to think the UK may actually leave the EU, on March 29 or soon thereafter, with an approved withdrawal agreement.