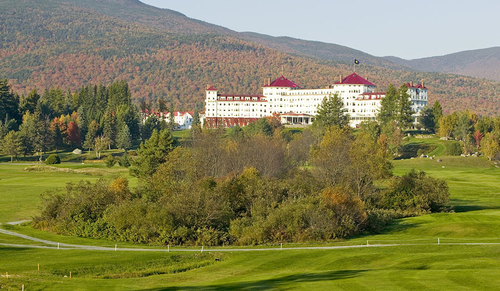 In July 1944, representatives of the 44 Allied nations gathered at a resort hotel in Bretton Woods, New Hampshire to plan the post-war international monetary and financial order.

The resulting Bretton Woods Agreements replaced the international gold standard — the prevailing system of commerce since the late 19th century — and sought to establish an economic system that would foster trade, prosperity, and international development in the post-war world.

“The Bretton Woods Agreements,” a new volume published by Yale University Press examines the agreements’ history, influence, and legacy. Co-edited by Naomi Lamoreaux, the Stanley B. Resor Professor of Economics and History, and Ian Shapiro, Sterling Professor of Political Science, the volume features interpretative essays by leading economists, historians, and political scientists. It also includes the texts of the agreements as well as documents and speeches concerning the adoption and evolution of the Bretton Woods system.

The volume is the latest in a series on the foundational documents of modern global politics. It follows volumes, also co-edited by Shapiro, on the United Nations Charter and the charter of the North Atlantic Treaty Organization.

Shapiro, who is leading Yale’s DeVane Lecture series this semester, spoke with YaleNews about the impact of the Bretton Woods 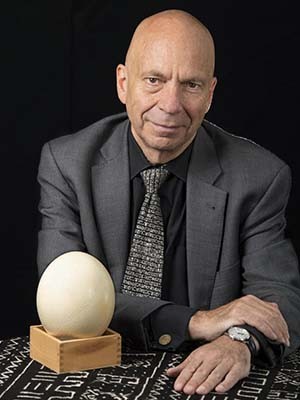 system. An edited and condensed version of the conversation follows:

Why is studying the Bretton Woods Agreements important?

I think there are three reasons why Bretton Woods is important. The first is that there was very widespread recognition at the time — and essays in the book deal with this — that the handling of the world’s currency systems after World War I had been a disaster. Particularly, returning to the gold standard had put enormous pressure on the domestic economies of many countries, which produced conflict and fed the corrosive politics that led to the rise of Hitler and the outbreak of World War II. At Bretton Woods, there was a strong belief that they had to design a currency system that wouldn’t produce the same potential for political crisis.

The second reason is that Bretton Woods provided the decisive demonstration that the Americans, not the British, would run the postwar economic order. The baton had been passed. Although John Maynard Keynes, who was the United Kingdom’s chief negotiator at the conference, had brilliant ideas and the British had strong expectations that they would shape the conference’s outcome, in fact, the Americans got what they wanted on every key matter. Harry Dexter White, who was the principal architect on the American side, prevailed because the U.S. Congress would not accept any other outcome. Britain, devastated by the cost of the war and in need of a massive loan from the United States, had no real leverage.

Finally, Bretton Woods was a way station in the transition from fixed exchange rates based on gold to a completely free-floating currency system. Nobody could quite make the mental leap of having no connection at all with a stabilizing factor like gold, but everybody realized that they needed something more flexible than the old gold standard. They arrived at a kind of in-between solution in which the United States committed to backing the international exchange-rate system while pegging the dollar to gold at a fixed rate of $35 per ounce. At the time, this was the most flexible system that was politically viable.

What was the structure of the international currency system established at Bretton Woods?

It turned out that the system established at Bretton Woods was unsustainable because, at the end of the day, the pressures of domestic politics on governments, especially democratic governments, are so powerful. When President Nixon confronted the possibility of throwing the U.S. economy into recession in 1971 to maintain the stability of international exchange rates, he opted to abandon the fixed convertibility of the U.S. dollar into gold — effectively ending the Bretton Woods system.

Do you see parallels in the problems that plagued the Bretton Woods system to current challenges facing the European Union?

A lot of the issues that were grappled with at Bretton Woods are resurfacing in the European Union today. One of the important lessons from the book is that domestic politics often trump the international commitments of governments. You can’t study international agreements without studying the internal politics of the countries involved. No American president will sacrifice the possibility of reelection because of the way other countries are behaving with respect to their currencies. That’s true of politicians elsewhere as well.

Today, you’ve got southern European countries like Italy and Greece that have to live with the euro while having no control over the currency’s value. This produces massive stress on the fiscal policies that they can pursue. Germany, the most powerful economy in the Eurozone, sees this as a way of disciplining the spendthrift southern Europeans, but it produces explosive domestic politics for them.

The architects of the euro saw it as an instrument of moving toward what the Maastricht Treaty of 1992 had referred to as an “ever closer union.” They believed that it creates pressure on the Eurozone countries eventually to form a fiscal union. This is why the euro is a one-way street: If a country wants to leave the euro, then it must leave the European Union. But, like the architects of the interwar monetary system, they didn’t factor in the power of domestic politics.

I think it likely that they will have to change that rule because otherwise it will eventually blow the European Union apart.

I think it likely that they will have to change that rule because otherwise it will eventually blow the European Union apart. Countries like Greece and Italy have to internalize all the costs of maintaining the value of the euro because they cannot adjust the value of their currencies in light of the fiscal pressures they face. This forces ruling politicians in countries like Greece to swallow the kind of austere domestic policies that kill off governments. It’s not to say what the right answer is, but the present situation isn’t tenable.

You pointed out that British economist John Maynard Keynes played an important role at Bretton Woods but lost on all the major issues. What policies had he championed?

Keynes didn’t want exchange rates tied to the dollar. He wanted to create a new global currency. He wanted all kinds of special protections for the United Kingdom that he didn’t get. One of the essays in the book describes the debates in the British House of Commons as they realized that it would be an American-run system. It reminds me of somebody passing through the various stages of grief after losing a loved one. The British were coming to grips with the dismantling of their empire, and the fact that they were broke and no longer the dominant economic power.

The agreements established the International Monetary Fund (IMF) and World Bank. What has been the impact of these institutions on the world economy?

The IMF and World Bank are artifacts of the agreements. They are another area where the United States prevailed. It essentially runs those institutions today. They shaped the way development happened in the developing world in the 1960s and 1970s. Both had a lot of influence in the immediate postwar era, which diminished somewhat during the Cold War because the Soviets were financing development using different models. Following the collapse of the Soviet Union, the so-called Washington Consensus — a policy trifecta of deregulation, free trade, and increased privatization — gave them a new lease on life until the financial crisis hit in 2008. Until then, the IMF and World Bank essentially imposed these policy prescriptions as conditions for supporting development in developing countries.

In a sense, Bretton Woods survived beyond 1971 because it created much of the global financial infrastructure that survived the demise of the dollar’s gold peg. The IMF and World Bank were the only game in town for the period between the collapse of communism and the 2008 financial crisis. Today these institutions are to some extent in retreat. We’ve seen the resurgence of alternative development models. The Chinese are much more state centered in their approach to development, and they are funding it in much of the developing world. We’ve entered an era of competing development models.

Do you consider Bretton Woods a success?

You could say that history moves from one problematic solution to another. Bretton Woods was a stopgap solution. It worked for a while. The pure Bretton-Woods system didn’t run for that long and it was already starting to fray before 1971. Economists present models and theories of how the world works, but in reality, politicians often fumble from one partial solution to the next. They’re reactive. They try something and when it stops working or becomes too costly politically, they try something else. And so it goes.