With a Single Climate Initiative, Biden Could Generate $4 Trillion for Green Investment 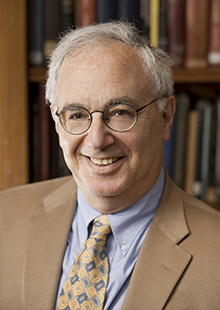 President-elect Joe Biden is already showing that he is serious about reaffirming America’s commitment to the Paris Agreement’s goal of zero carbon emissions by 2050. On Thursday, the New York Times reported that he will be tapping Michael S. Regan as Environmental Protection Agency administrator. Regan joins a group of climate appointees, including Gina McCarthy, Jennifer Granholm, and John Kerry, who combine the expertise, experience, and political skills needed to achieve real-world progress on what has been a bitterly divisive issue.

Their success will partly depend on election results in Georgia’s two Senate races in January and even if Democratic victories lead to Mitch McConnell demotion to minority leader, the Biden team will confront formidable obstacles in achieving success on Capitol Hill. As a consequence, it will be tempting for them to settle for relatively modest reforms in their effort to maximize their chances of legislative success.

This would be a serious mistake. Biden has an opportunity for a major bipartisan achievement if his administration proposes a decisive statutory reform requiring polluters to pay a price for each ton of carbon gas they discharge into the atmosphere.

Such a “climate auction” statute would accomplish three things at once. First, it would enable the administration to raise the funds needed to hire millions of workers for the sweeping economic transformations required to achieve the Paris objective. Yale’s School of the Environment estimates that the initial sale of pollution rights would provide the administration with $2.4 to $4 trillion to jumpstart the move toward a clean energy future while Biden is still in the White House. At the same time, the initiative would transform our country into a world leader in the fight against global warming. Finally, it would dramatically reduce the overall cost of achieving zero carbon emissions by 2050.

To see why the auction plan could achieve all three goals, begin by considering the flaws in America’s existing system. Our current set-up is a legacy of the 1970s. The statutes of that era placed primary responsibility on a cadre of highly trained specialists in the EPA and the states to determine how each sector of the American economy should meet its cleanup responsibilities.

Under this “command and control” approach, a team of professionals monitors each sector of the economy to determine the way technological developments allow it to cut back on emissions. On the basis of these findings, they issue regulations requiring polluters in each sector to install their “best available technology.” So long as polluters comply, they don’t have to pay a penny for the damage their remaining carbon emissions impose on the atmosphere.

The result is massive economic inefficiency. Even if all polluters use the “best available technology,” some industrial sectors face much higher costs than others, generating unnecessary economic burdens on society as a whole. Yet the current “command and control” system doesn’t provide any mechanism by which overall compliance cost can be minimized.

A Biden “climate auction” initiative would decisively fix this failure. To stay in business, all major firms would be competing with each another for the limited number of allowances on sale at the initial auction. Under such a scheme, high-cost polluters will be willing to pay a lot more for their right to continue discharging carbon into the atmosphere, since otherwise they would have to close down their operations. Moreover, purchasing long-term rights at the initial auction will insure against the risk that prices on the resale market will skyrocket in the future. In contrast, low cost polluters won’t be willing to pay high prices for emission-allowances, since they will find it more profitable to invest heavily in cutting back their emissions over the short-term.

Rather than relying on government professionals to allocate pollution-control burdens, polluters would do it much more efficiently on their own. This is, in fact, what happened in 1990, when statutory amendments authorized the government to hold an auction at which polluters competed with one another for the right to discharge sulfur dioxide into the atmosphere. Not only did overall compliance costs decline sharply—they were cut in half—but the auction prices spurred further rounds of innovation. There is every reason to expect similar savings with such a climate plan.

A rights auction would also generate $2.4 to $4 trillion in revenue. This big gain is especially significant when contrasted with a comparable reform proposed by advocates of the Green New Deal. They too argue for a shift away from the “command and control” regime. But instead of an auction, they would require polluters to pay a “carbon tax” on their emissions.

This means that firms would only have to pay for their discharges on a year-by-year basis. So if Biden managed to enact a carbon tax during the current session of Congress, the administration could only raise a $100 billion annually during the final two years of his first term as president. In contrast, an auction would require polluters to pay now for the right to pollute long after Biden leaves office. Moreover, the number of available allowances would greatly diminish as the years move onward toward the zero-emissions target of 2050. This is why an auction would yield trillions of dollars for the federal government while a carbon tax would only raise billions.

The tax alternative has another serious disadvantage. Over the next decade, there will be lots of gas-driven cars on the road. Whenever drivers filled up the tank, their sales price under such a regime would contain a special item telling them they were paying a big “tax” simply to drive their kids to school or get to work on time. This obvious point would dramatically undermine political momentum for the proposal. Under the auction plan, by contrast, petroleum producers would treat the price of their rights as one of many costs they must pay in their overall effort to get their oil out of the ground and deliver it to the ultimate consumer. As a consequence, their price at the pump would reflect the fact that gas production involves, among many other costs, the damage done to the environment. Oil companies wouldn’t be able to give drivers the impression that it is a government “tax,” rather than their own climate-change spurring production processes, which is responsible for the higher prices.

Such a Biden initiative would also reestablish American environmental leadership in world affairs. The Paris Agreement committed almost all countries to the 2050 target, but nothing substantial has been done to implement this pledge. By transforming the auction into a political reality, the United States would greatly reinforce similar initiatives underway in the European Union. The trans-Atlantic endorsement of the auction-approach would greatly reinforce world-wide efforts to mobilize political support for decisive measures to preserve the planet for future generations.

It is rare thing for a single initiative to yield decisive gains on such different fronts—trillions for an environmental revolution that nonetheless generates decisive cost-reductions for the economy as a whole and restores America to a position of world leadership. Still, political support may be hard to come by in a polarized Washington.

No President since Lyndon Johnson, though, has had the decades of Congressional experience that Biden will bring to his negotiations on Capitol Hill. To be sure, in gaining bipartisan Congressional support for breakthrough civil rights legislation, Johnson had the immense advantage of the civil rights movement led by Martin Luther King Jr. In contrast, the current Green movement has yet to reach the same stage of popular mobilization. Nevertheless, Biden will have another bargaining advantage—very strong support from business interests greatly advantaged by his proposed shift from “command and control” to market-driven environmental solutions. If Republican candidates in 2024 want to appeal to the younger generation that backs the Green movement, while gaining the support of progressive business interests, it’s in their long-term interest to join a bipartisan coalition.

In attempting to get to “yes,” Biden should draw two red lines. First, any climate auction statute must assure purchasers that future administrations can’t diminish the market value of their rights without fully compensating them in the manner required by the Constitution’s Takings Clause. Second, he must make clear that the point of the Environmental Fund created by such an auction will be to fulfil America’s long-term responsibilities to future generations.

Such a bold proposal may well fail on the Hill, but Biden will never know unless he tries. The future of the United States, and the world, may very well depend on the effort.