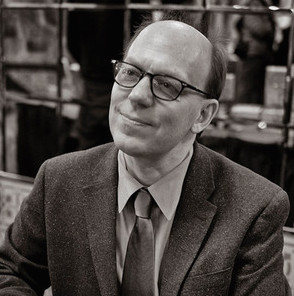 Greg Grandin ’99 Ph.D., professor of history in the Faculty of Arts & Sciences, has won a Pulitzer Prize in the general nonfiction category for his book “The End of the Myth: From the Frontier to the Border Wall in the Mind of America” (Metropolitan Books).

Grandin’s book was one of two to win in the general nonfiction category, which recognizes “an appropriately documented book of nonfiction by an American author that is not eligible for consideration in any other category.” Anne Boyer also won in the category for “The Undying: Pain, Vulnerability, Mortality, Medicine, Art, Time, Dreams, Data, Exhaustion, Cancer, and Care” (Farrar, Straus and Giroux). The prize comes with a $15,000 award.

In announcing the winners, the Pulitzer Prize board described “The End of the Myth” as “a sweeping and beautifully written book that probes the American myth of boundless expansion and provides a compelling context for thinking about the current political moment.”

“The End of the Myth” — a finalist for the 2019 National Book Award — explores the meaning of the frontier from the American Revolution to the presidential election of 2016. According to the book’s publisher, Grandin shows how “America’s constant expansion — fighting wars and opening markets — served as a ‘gate of escape,’ helping to deflect domestic political and economic conflicts outward. But this deflection meant that the country’s problems, from racism to inequality, were never confronted directly.”

Grandin investigates how the rise of reactionary populism and racist nationalism in America since the 2008 financial crisis and successive Middle East wars helped Donald Trump win the presidency in 2016.

An earlier Grandin book, “Fordlandia: The Rise and Fall of Henry Ford’s Forgotten Jungle City,” was a finalist for the 2010 Pulitzer Prize in History, as well as for the National Book Award and the National Book Critics Circle Award. Grandin is also the author of “The Empire of Necessity: Slavery, Freedom, and Deception in the New World,” which won the Bancroft and Beveridge prizes in American history and was shortlisted for the Samuel Johnson Prize in the United Kingdom. His first book, “The Blood of Guatemala,” won the Latin American Studies Association’s Bryce Wood Award for best book published on Latin American in any discipline.

“Greg Grandin is one of the world’s most trenchant and significant historians,” said Alan Mikhail, chair of the Department of History. “He won the Pulitzer Prize for his latest book, ‘The End of the Myth,’ a timely dismantling of one of America’s most timeless tales of itself. Another Pulitzer for the Yale history department cements our place at the cutting edge of the discipline and its public face.” Historian David Blight won a Pulitzer in 2019 for his book “Frederick Douglass: Prophet of Freedom.”

Grandin joined the Yale faculty in the fall of 2019, having previously taught at New York University.