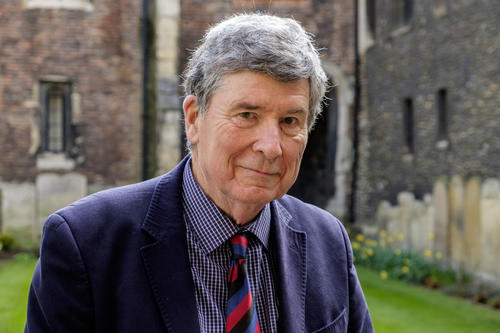 Christopher Andrew, touted as the doyen of intelligence historians, will give a series of three lectures in November on “The Lost History of Global Intelligence—and Why It Matters” for the Henry L. Stimson Lectures on World Affairs at the Whitney and Betty MacMillan Center for International and Area Studies at Yale.

“The Lost History of Global Intelligence—and Why It Matters” lectures will focus on three themes: “How the Lead Role in Strategic Intelligence Passed from Asia to the West” on November 5; “The Strange History of American-British Intelligence Relations: from George Washington to Donald J. Trump” on November 6; and “Russian Intelligence Operations and the West: from Tsar Nicholas II to Vladimir Putin” on November 8.

All three lectures begin at 4:30 p.m. in  Henry R. Luce Hall, Room 203, 34 Hillhouse Avenue. Sponsored by the Whitney and Betty MacMillan Center for International and Area Studies and the Yale University Press, the lectures are free and open to the public.